An estimated 32 dogs are being surrendered, one batch at a time, to the shelter.

The Humane Society of Douglas County is seeking donations to provide medical care and food to an influx of dogs from a rural Douglas County residence.

Fourteen of the dogs, including a litter of two-week-old puppies, were recently brought to the shelter. Additional batches will come in as space allows, according to shelter director Sheila Keup. She expects the owner to surrender at least 32 dogs.

“He has been cooperating with us,” Keup said.

The humane society is also helping provide food for the dogs that remain on the property, roughly four to six large bags a week.

Deputy Jesse Jarrell with the Douglas County Sheriff’s Office was called to the man’s home in the town of Wascott July 14 on a welfare check, according to a sheriff’s office report. Jarrell saw about 15 dogs running loose on the property when the deputy pulled up. The owner told Jarrell he was having trouble keeping the dogs under control and that they had ruined the inside of the house.

Keup said the situation started with one male Labrador and one female St. Bernard and mushroomed out of control. The dogs currently at the shelter included five 8-month-old siblings, a 3-year-old named Little who sat pretty on her hind legs and a 3-year-old named Number who took time out from her puppies to be petted.

The dogs coming in have needed medical care, including spay/neuter surgeries, vaccines, de-worming and some dewclaw removals, as well as socialization.

This is the second big surrender case of 2020. Keup said five dogs, eight puppies and 17 rabbits were surrendered from a Foxboro residence with no running water in April.

“They all found homes,” she said. “Even all the rabbits.”

The increased need comes at a time when fundraising efforts have been curtailed due to COVID-19 health precautions. The humane society’s largest fundraiser, Paws for Love, was canceled this spring. The nonprofit is not holding its side-by-side raffle this year because there have been no local events to set up ticket tables at. The Cause for the Paws 5K run/walk fundraiser is being planned for Sept. 19, but those plans could change based on the number of COVID-19 cases in Douglas County. Keup said this year people will also have the option to participate in the race virtually.

Donations to help care for the influx of dogs are being accepted by mail at Humane Society at P.O. Box 891, Superior WI, 54880 or online through the nonprofit’s Facebook page and website.

The dogs that are being surrendered will be available for adoption soon. Due to COVID-19 restrictions, anyone interested in adoption must call the shelter at 715-398-6784 to make an appointment.

0Humane Society Gets Another Influx of Puppies 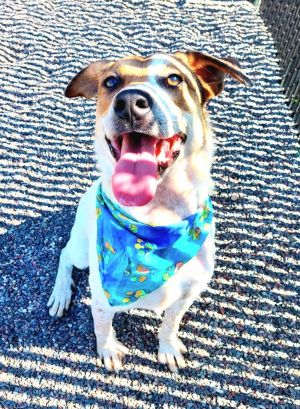